Razer has presented its new products, in its new headquarters in Singapore, among which are several novelties that we did not expect.

The first of the products presented by Razer today is the Basilisk V3, its new gaming mouse that we could already test at elEconomista.es. It stands out for its design with 10 + 1 buttons, but, without a doubt, the biggest novelty is the new wheel, capable of changing to a free mode in which it can move without resistance.

Personalization is the strong point of this mouse since we can configure the buttons to do what we want and the HyperShift function that adds additional functionality to each one. The ‘switches’ are optical, so they do not depend on a mechanism but a laser beam, with the speed and reliability that this entails. All for just $ 69.99, cheaper than the previous generation. 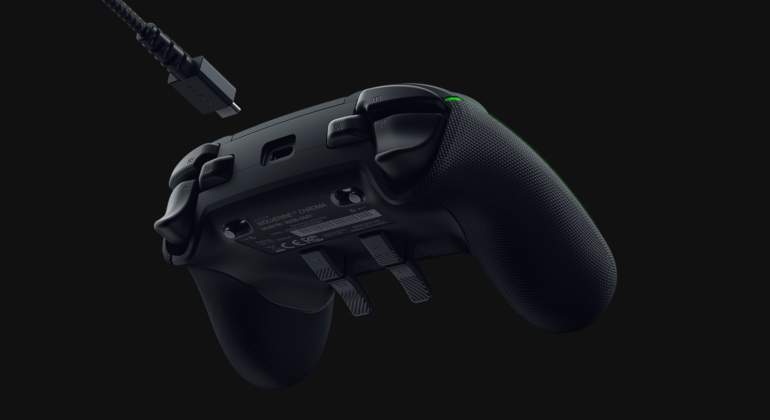 But without a doubt, the star of the day was the new Wolverine V2 Chroma, a video game controller designed for Xbox Series X / S and computer, which is presented as an alternative not only to the normal Xbox controller but also to the Elite controller. With which it shares some similarities.

As with its mice, Razer wants to offer gamers many options, so this controller is completely customizable in every way. For example, we can vary the length of the upper RT and LT buttons depending on the game; we can make the tour longer in racing games, where they serve as throttle and brake, or we can shorten it, so they act immediately in shooting games.

We can also exchange the levers (joysticks) that come by default for others. We have the option of using longer levers, which give us more precision, or shorter levers with a concave end if we want greater speed. For example, we can use the long one on the right stick to aim and the short one on the left to run around the map and change direction instantly.

We also have more buttons than on a normal Xbox controller, including the rear sticks that we also saw on the Xbox Elite. But also, we have a couple of new buttons at the top, next to the triggers.

But without a doubt, the best novelty for the most enthusiastic gamers will be the new mechanical “Mecha-Tactile” buttons, similar to the mechanical ‘switches’ of Razer mice and that, therefore, will offer greater speed and a feeling tactile. Razer claims that the actuation distance has been reduced by 35%.

Finally, this remote control is customizable even in appearance, thanks to some RGB light lines compatible with Razer Chroma to change them and apply the effects we want. All the buttons can change their function using the Razer Controller app that we can get on Xbox from the Microsoft Store.

The Razer Wolverine V2 Chroma is available for 159.99 euros in the Razer store.

The other surprise from Razer was something more curious, some gloves for gaming fingers; It sounds ridiculous, but the idea is to wear them on the thumbs while we play on the mobile. The silver fiber in which they are made improves sensitivity and allows greater precision when using the touch screen while allowing perspiration. They are available for 11.99 euros on the Razer page.

Marketing Firm Should Use A Reporting Tool

How Robots Can Help Special Education

Tracking, Recovering and Managing Your Assets with High Technology

Which Type of Laptop Should You Buy?

Making The Best Out Of Your Cloud Accounting Software: The Ultimate Guide