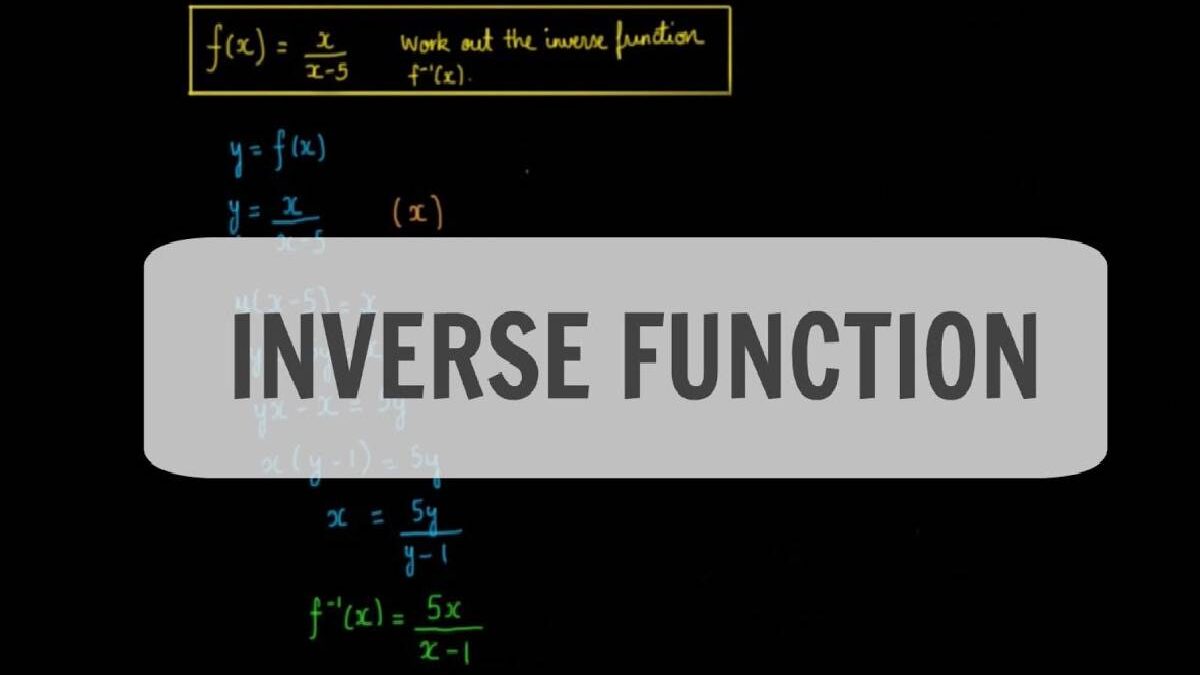 Why Inverse Functions are Important to Learn:

The inverse function is known as a mathematical function, which undoes the impacts of the other function. Learning the inverse functions is important because they allow the different mathematics operations to be reversed. For instance, the exponential function’s inverse determines the exponential equations. Whenever a mathematical procedure is used; the question that bothers most people is how to take the inverse of that process.

How to Calculate the Inverse of a Function?

In General, finding the inverse is swapping the coordinates x & y. This newly created inverse is a relation, but it can’t be a function every time. The original function is known to be a one-to-one function that is used to ensure that the inverse will also be a function. In comparison, a function is known to be a one-to-function only when every second element corresponds to the first value. To perform the manual calculation, you need to follow the below-mentioned steps:

To make this complex calculation simple & convenient, use the inverse function calculator that does all these calculations for you in a matter of a second.

The graph for the inverse function defines two things, the first one is the function, and the second is the inverse of the function over the line where y is equal to x. The line at the graph passes via the origin and has a slope of value 1. It can be expressed as y = f-1 (x) that is equal to x = f(y).

7 Reasons Why Remote Working Is Here to Stay

FamilyTime App Review – Is It a Worthy Parental Control App?